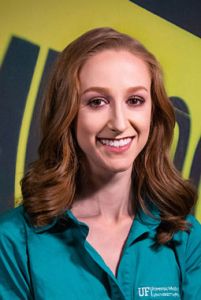 Dr. Lerah Sutton is the Director of the Forensic Medicine Educational Program at the University of Florida’s College of Medicine and the Assistant Director for the UF Maples Center for Forensic Medicine.  As Program Director she teaches numerous academic courses on topics including Artifacts of Decomposition and Forensic Investigations within the Forensic Medicine Master’s Degree Program – a program for which she was instrumental in the design and development – and oversees other program faculty, instructors, and staff.  As Assistant Director of the Maples Center she oversees the creation, implementation, and instruction of continuing education courses for law enforcement and forensic science professionals.  She is also a Medicolegal Death Investigator for the Florida Emergency Mortuary Operations Response System and the Executive Director of the International Forensic Medicine Association.  She holds five degrees from the University of Florida: an interdisciplinary PhD earned between the Forensic Medicine Division and the Department of Anthropology, a Master’s Degree in Forensic Science, Graduate Certificates in Forensic Death Investigation and Veterinary Forensic Science, and a Bachelor’s Degree in Anthropology which she earned with highest honors.  Prior to her academic career she was employed at the Florida District 7 and 24 Office of the Medical Examiner.  Dr. Sutton’s research interests and areas of specialization include human decomposition, estimation of the postmortem interval, forensic taphonomy, clandestine grave detection, forensic entomology, and comparative osteology.  At the request of law enforcement agencies, medical examiner and coroner’s offices, and academic institutions nationwide, she frequently responds to death investigation scenes, consults on both active and cold cases, and instructs hands-on workshops and specialized forensic education seminars. 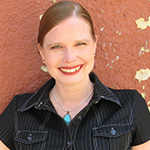 Instructor Christopher LeCates is currently a Detective with the Volusia Sheriff’s Office and has 20 years of experience. The past 10 years he was assigned in the traffic unit which includes the Traffic Homicide Unit, conducting and following up on several fatal crashes. Christopher has extensive training from advanced schools relating to Traffic Homicide Courses culminating in over 400+ hours of additional training specific to traffic homicide investigations. Christopher is 1 of only 3 people within his agency who is able to obtain and analyze vehicle downloads after fatal collisions. Prior to the traffic unit and becoming a detective, Christopher has been assigned to patrol, courthouse functions, and has served the agency as part of the Honor Guard Unit. Christopher has obtained instructor certifications in general instructor techniques, motorcycle instructor, and firearms instructor. The Volusia Sheriff’s Office has recently opened a Police Training Academy of which Christopher is going to be instructing at and is recognized as a CJSTC instructor through the Florida Department of Law Enforcement. Christopher obtained his Master’s Degree in Criminal Justice from the University of Central Florida. 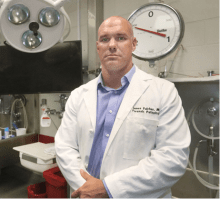 Dr. Fulcher is board-certified in anatomic pathology, clinical pathology, and forensic pathology and has performed approximately 3,500 autopsies during his training and career. He serves on the board of directors for multiple medical education societies, have published numerous scientific articles, reviews for multiple journals, and lectured to various agencies across many states. He has testified in over 100 trials to include medical malpractice consultation work.

During his time in South Carolina, Dr. Fulcher was appointed to the faculty of the Medical College of South Carolina School of Medicine, Greenville Campus as an associate professor of pathology. Dr. Fulcher responsible for directing multiple modules including gastrointestinal/hepatic and dermatology/rheumatology. During this time, He served on multiple committees at the medical school, including the admissions committee and curriculum committee. 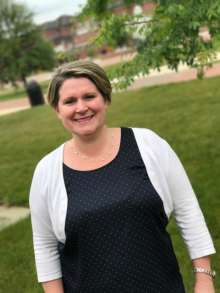 Dr. Maranda Kles is a practicing forensic anthropologist with over 15 years of experience. She has worked as a Death Investigator with a Medical Examiner’s Office in Florida and has consulted as a Forensic Anthropologist in Florida and Louisiana. She was an professor of anthropology in Louisiana for 5 years and is currently working in the private sector as a forensic anthropologist and bioarchaeologist. In addition to the identification and analysis of human skeletal remains, she also works in the field of veterinary forensic medicine identifying non-human skeletal remains and assisting in trauma analysis. 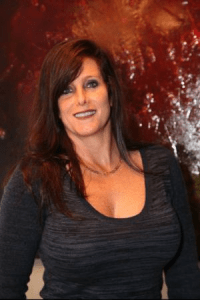 Sharon Plotkin received her certification in crime scene investigations through International Association for Identification in 2006 and has been doing crime scene work for almost 20 years. She has handled thousands of cases ranging from burglaries to homicides and suspicious death cases.

Sharon taught courses for Dr Henry Lee as well as throughout Florida, the United States and in the Cayman Islands and China. She has been a lecturer at several mystery writers conferences all over the country assisting them “to keep it real.”

Sharon published a crime scene reconstruction textbook with author Robert Ogle Jr. and is currently working on a second textbook.

Sharon has utilized her resources in law enforcement by hosting several important programs and summits with her colleagues in disseminating critical issues that impact students and the community in areas of distracted driving, wrongful convictions courtroom testimony and gun violence. 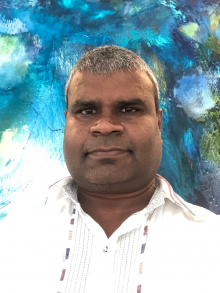 Narasi has worked in higher educational institutions for more than nineteen years. His academic background is in Communications and is working on his doctoral research focusing on Health Communication at the University of Florida. He loves technology and is passionate to explore consumer behavior in these environments.
Besides working with the Maples Center programs and teaching the communication class, Narasi enjoys traveling and a lot of outdoor activities – some of his favorite ones include visiting the various springs and nature parks around FL and the county with his family. 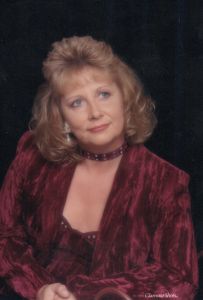 Dr. Gabriele Suboch retired as a crime scene specialist with 25 years of experience in crime scene investigation and bloodstain pattern analysis. She worked for 15 ½ years with the Lee County Sheriff’s Office and as an auxiliary Deputy with Hendry County Sheriff’s Office for 9 ½ years and consulted with cold cases work in Louisiana, Alabama and death investigations and appellate cases in court in Florida. She holds a PhD from Northcentral University. She is a certified bloodstain pattern analyst certified by the International Association of Identification. She also was a founding member of OSAC, bloodstain pattern analysis committee, for 5 years. She is teaching online for over 20 years at different state universities. 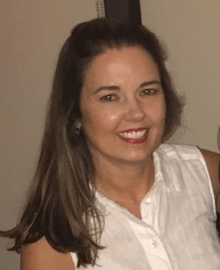 Dr. Suzanne Utley is a board-certified forensic pathologist or medical examiner. She earned a Bachelor’s degree in Microbiology and a Master’s degree in Medical Microbiology. She graduated from the Emory University School of Medicine in Atlanta, GA in 1995. In 2001 she completed a 5 year residency in Anatomical and Clinical Pathology at the University of South Florida, Department of Pathology, and a 1 year fellowship in Forensic Pathology with the Hillsborough County Medical Examiner’s Office in Tampa, FL. She is board certified in Anatomical, Clinical, and Forensic Pathology. Over the next few years she worked as a Medical Examiner in both medical examiner and coroner offices in Colorado and Georgia before coming to the District 12 Medical Examiner Office in Sarasota, FL in 2006. She has completed nearly 5,000 autopsies and has testified in depositions and courtrooms numerous times regarding her cases.
Dr. Utley is a member of both the National Association of Medical Examiners and the American Academy of Forensic Sciences. She currently sits on the Board of Directors of the National Association of Medical Examiners and serves as the Chairperson of the Ad Hoc Committee on Mass Disaster Management – Interagency Interactions in Mass Fatality Incidents. Mass disaster response has always been an area of interest and she joined the federal Disaster Mortuary Operation Response Team (DMORT) region 4 in 1993 following the bombing of the World Trade Center. She serves as the Forensic Pathology Section Leader for Region 4. She responded with the team for the Mississippi response to Hurricane Katrina in 2005 and for the Texas/Louisiana response to Hurricane Ike in 2008. She responded following the Joplin, Missouri tornado in 2011. After moving back to Florida, she became a member of the Florida Emergency Mortuary Operations Response System (FEMORS) in 2006.
Outside of her professional life, her personal interests include her family which is comprised of her husband and 4 furry kids (2 dogs, 2 cats), competitive ballroom dancing, tennis, and taking cruises when time permits.